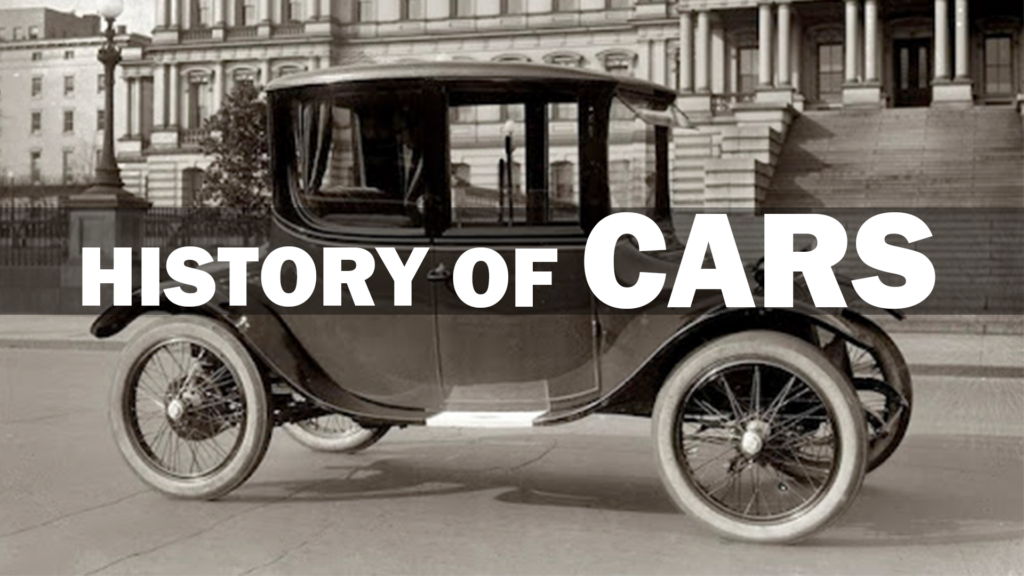 The conjunction of man and machine has been a formula that has been followed during the last stages of humanity, the creation of the automobile is an example of technological advances and the desire to innovate.

Traveling long distances in the shortest possible time has been one of the main motivations for starting the development of a more efficient and faster machine. The history of the automobile begins in Great Britain and the United States in the late eighteenth century.

Joseph Cugnot was a French engineer and developed in 1771 one of the first three-wheeled vehicle prototypes used exclusively for the military at the time. On the other hand, in the powers of that context such as England and the United States, other people such as Etienne Lenoir were also working on this aspect.

However, the current conception of motoring as an industry dates back to the end of the 19th century, primarily by Karl Benz since by 1889 he had already capitalized and sold several cars to the public. Karl started his mobility experiments in 1877, this was a ” Motorwagen”, a motorized tricycle that was patented until 1886 with a maximum speed of 16 km / h.

Bertha Benz, the wife of Karl Benz, did a historic feat for the industry. On July 3, 1888, he made the first long journey with his two sons in Germany in a car, from Mannheim to Pforzheim, using the Motorwagen to demonstrate the reliability and strength of the vehicle.

On some occasions, there were problems in the crossing, but Bertha Benz solved them with what she could, covering a total of 194 kilometers; For this, the event spread and people became convinced that the Karl Benz car was a breakthrough for the context of that time.

The Benz Motorwagen Patent 1 had a 0.9 horsepower engine and a maximum speed of 16 km / h, for the tools and advances of the time, it was very important numbers. These features were something new, other names like Gottlieb Daimler and Wilhelm Maybach were also working on their vehicle.

Oldsmobile was one of the fastest-growing brands

Later came the stage of the 20th century, which has been highlighted by all the industrialization movements in large cities. At this point, the use of the car was becoming more common, so the sale of a unit was still something for the most privileged social sectors, but essential.

Peugeot also began its foray into this field, since in 1891 the brand made 5 units, later in 1899, Oldsmobile increased its figures considerably, assembling 400 cars in just 6 months, so the numbers were increasing more and more.

The beginnings of the 20th century in the automotive industry were a watershed at an economic level, in the United States, this sector was becoming increasingly important for society and governments. Detroit became the first capital for the first companies like Oldsmobile.

The Ford Model T is one of the most iconic cars

During 1900, Benz became one of the most important manufacturers by producing 2,500 units per year. The importance of the subsequent years falls on Henry Ford with the legendary Model T, which went into mass production on August 12, 1908, this was one of the first steps towards more universal access to cars.

The sales process skyrocketed as well as the expansion of the auto industry infrastructure, as, by 1911, 60,000 vehicles had already been sold in the United States, most of which were powered by steam or electricity. Also, during this period, the legal problems of the patents of internal combustion engines began, where Henry Ford won a historical dispute in this regard.

This is when the industry begins to gain more importance in the economic sphere since the production numbers were increasing due to the question of the progress of the cities. However, two historic and regrettable wars were approaching, so this sector would also have to make progress in the First and Second World Wars.

Cars during the war period had a different approach

The designs of the cars after the First World War changed dramatically, however, the Great Depression in the 1930s affected the industry as well. In this period, the aesthetics were elegant, with bodies with details in chrome and white. One of the most iconic cars was the Ford V-8.

Then came World War II, causing this industry to be in more trouble, however, there were advances in terms of design innovation and engine components. Subsequently to this context, a time would come that would define brands more, since they would cover even more different segments and styles.

The Beetle was an iconic car from Nazi Germany

Starting in the 1950s, brands began to take into account more segments, Volkswagen began a complicated process of importing into the United States with the Beetle. Subsequently, other options such as Toyota, Nissan would be added to its international expansion.

Toyota Corolla is one of the best-selling cars worldwide

The 70s were crucial since the technology was applied not only in propulsion but in security systems. Already in the nineties is when the industry consolidates with more innovations and advances in comfort and emissions.

Today the modern era industry has a focus on emissions

Currently, we are in a modern era of the automotive industry, with a technological focus on the future. New electric drives, as well as safety systems and more power, have been the main axis. Without a doubt, this sector has been a reflection of the historical stages of humanity.